In 1967 actor Jimmy Perry shows his friend David Croft the script of a sitcom he has written based on his time in the Home Guard, entitled 'Fighting Tigers'. Head of BBC TV comedy Michael Mills likes it, changing its title to 'Dad's Army' though, to Jimmy 's dismay, he refuses to let him act in it. He commissions Jimmy and David to write a whole series, despite TV controller Paul Fox's misgivings that the Second World War is too fresh in people's mind to be comedic. The pilot goes ahead with an ensemble cast keen to perform despite a low wage and some with problems of their own, notably star Arthur Lowe's tendency to forget his lines, and Jimmy is thrilled that wartime favourite Bud Flanagan is performing its theme song. In April 1968 the first show is recorded in front of an enthusiastic test audience. Fox is less generous in his opinion but the viewing figures ensure the show's future, running for nine series and becoming one of the best-loved of all British television sitcoms. 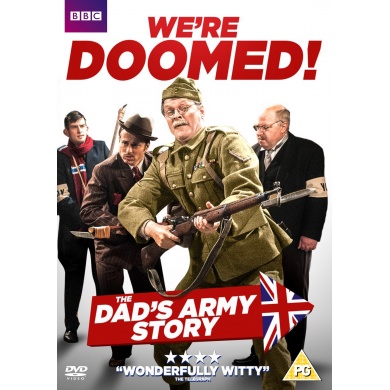